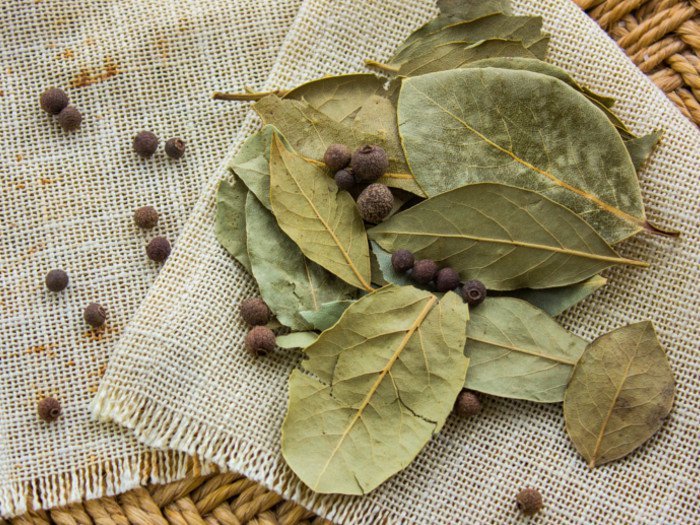 Bay Leaf tree in a 3 gallon container. Bay Leaf refers to the aromatic leaf of the Bay Laurel (Laurus nobilis, Lauraceae). Fresh or dried bay leaves are used in cooking for their distinctive flavor and fragrance. The leaves are often used to flavor soups, stews, braises and pâtés in Mediterranean Cuisine. The fresh leaves are very mild and do not develop their full flavor until several weeks after picking and drying.

Bay laurel, sweet laurel, laurel, or sweet bay, Laurus nobilis L.an evergreen shrub or small tree native to the Mediterranean region and Asia Minor, has been admired for its beauty and aromatic leaves since Greek and Roman times. Currently, the plant is both cultivated and collected from the wild in many Mediterranean countries. Commercial production centers include areas of Turkey, Algeria, Belgium, France, Greece, Mexico, Morocco, Portugal, Spain, the Canary Islands, Central America, and the southern United States.
The reported life zone of bay laurel is 8 to 25 degrees centigrade with an annual precipitation of 0.3 to 2.2 meters and a soil pH of 4.5 to 8.3. Best development occurs in full sun and deep soils. The plant can withstand several degrees of frost.
The oil of laurel, accumulated in the palisade and mesophyll cells of leaves, reaches a content of 1 to 3% on a fresh-weight basis. There appears to be a seasonal periodicity in oil synthesis and accumulation with significant oil increases in leaves occurring during early summer and maximizing in mid-summer. The main constituent of the essential oil includes 1,8-cineole, - and -pinene, sabinene, l-linalool, eugenol, eugenol acetate, methyleugenol, l--terpineol acetate, -phellandrene, plus other esters and terpenoids. The high concentrations of oil catechins in bay laurel leaves are maintained by drying.
The dark to bright green leaves are very fragrant, and after drying they are broken, cracked, or cooked to release the characteristic aroma. Dried leaves are used as a flavoring for soups, fish, meats, stews, puddings, vinegars, and beverages. Oil of bay or oil of laurel leaves, the essential or volatile oil obtained by steam distillation, and an oleoresin have replaced dry leaves in some food preparations. Several varieties and leaf forms of bay laurel are available for growing as ornamentals. The plant can readily be sheared into distinctive shapes and is adaptable to outdoor gardens and container growth. Leaves and branches are used for garlands and wreaths.
As a medicinal plant, bay leaves and berries have been employed against rheumatism, skin rashes, and earaches. In addition, it has been used as a stomachic, astringent, carminative, diaphoretic, stimulant, emetic, emmenagogue, abortifacient, and insect repellent. The esssential oil is used by the cosmetic industry in creams, perfumes, and soaps.
Laurel is generally used as both a spice/natural flavoring and a plant/essential oil extract..